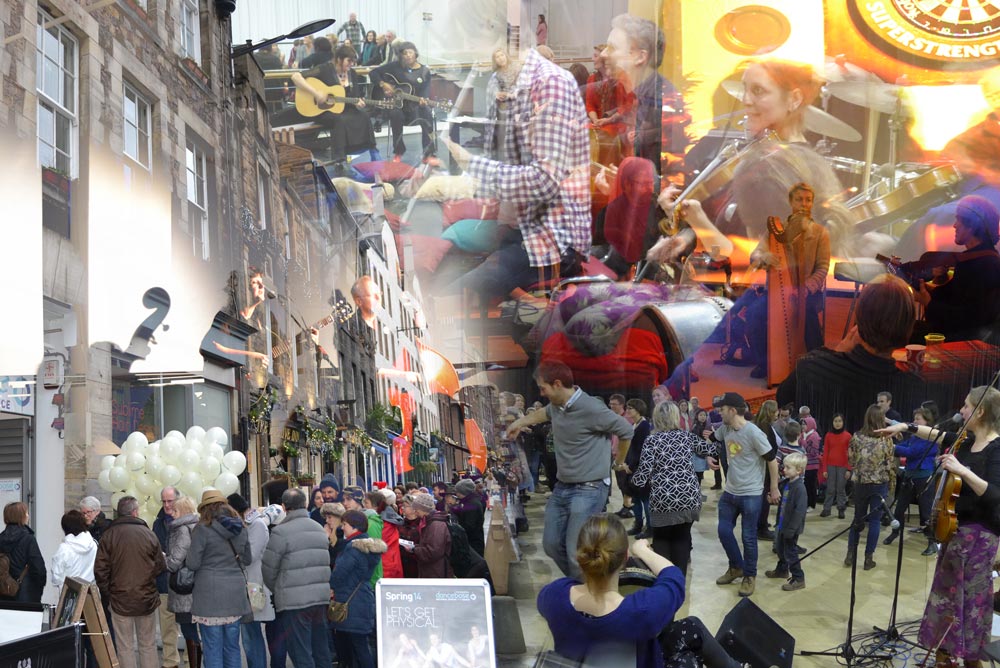 The Pathhead Music Collective welcomed 3,500 New Year revellers to Heid:Land, as part of  Scot:Lands , a unique one off event showcasing some of Scotland’s most innovative artists and musicians in 9 venues across Edinburgh’s Old Town to 16,000 post Hogmanay survivors. Heid:Land took place at Dance Base in Edinburgh’s Grassmarket on the afternoon of the 1st January 2014 as part of Edinburgh’s Hogmanay celebrations.  Heid:Land gave a rare opportunity to experience a fantasy version of the musical magic of Pathhead – visitors enjoyed a recreation of a PMC family ceilidh, a series of concerts by PMC members,  and a music session in a multi-media re-creation of the Pathhead’s Forresters pub. They could also join in choirs, the Wee Song House and a drumming group as well as visit a video installation depicting individual musician’s homes and see them composing and songwriting and ask them questions.

Heid:Land was devised by Artistic Director Tom Bancroft and DanceBase was transformed into Heid:Land by a core creative team of Tom, Liz Crombie (Craft & Children’s Art) who worked with children to make art depicting Pathhead as well as building a life size model of Big Frank Birnie to be in the Pub, and Andy Ford who created the AV projections for the Pub and the Creativity Space. 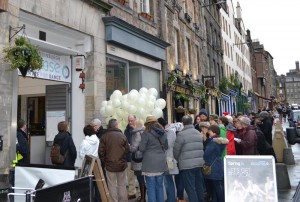 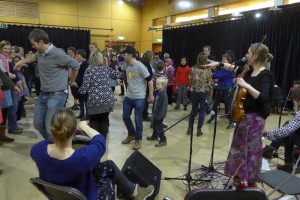 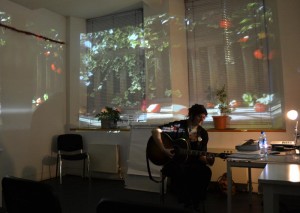 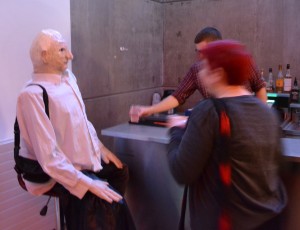 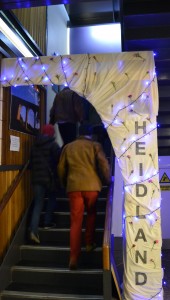 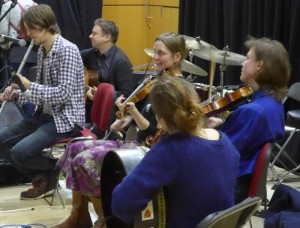 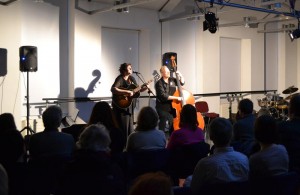 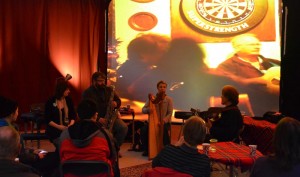 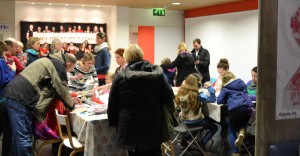 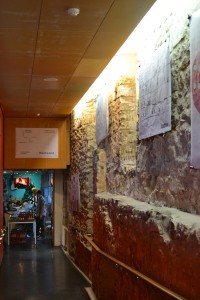 Heid:Land was part of the year long program produced by the PMC as part of their Creative Places Award supported by Creative Scotland.

There are no upcoming events.